What is it, and why is it so controversial? 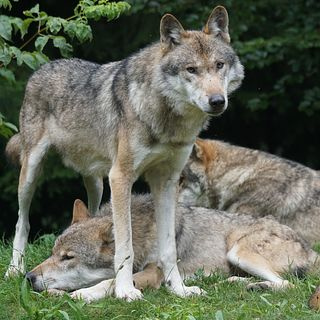 “Dominance is often thought of as dogs’ attempt to obtain leadership, or an “alpha” role, over their “pack”.”

Humping, jumping, pulling, barking…you might hear any or all of these sometimes referred to as dominant behaviour in dogs. The same might be said of dogs who get to eat before their owners, or dogs who walk through doorways before their owners. Dominance in dogs has been, and often still is, thought of as dogs’ attempt to obtain leadership, or an “alpha” role, over their “pack”. The pack would of course typically be attributed to wolves, but in the context of pet dogs this dominance theory has extended the idea of a pack to also apply to the human families that our pet dogs live with.

If you remember one thing from this post, this is what I want you to remember: The above theory about dominance in dogs is nonsense.

This theory originally came about from observations of captive wolves in the 1940s, and the theory was that wolves, and therefore, by default also dogs, would engage in violent exchanges with each other or anyone in their social circle in order to obtain “top dawg” status.

However, wolves in captivity will not behave the same way as wolves in the wild; they do not have the opportunity to form natural packs, to choose where to live, or to find their own resources. Instead, they are often adult wolves from different families, chucked together in a confined space, forced to cohabitate and share limited resources. Of course fights are going to break out. It’s like putting men from different backgrounds and families in a prison, and then making sweeping conclusions about the social behaviour of men in general based on the observations made in that prison alone. And since the observations made on wolves in captivity are so freely also applied to domesticated dogs, that’s like applying the observations made in a male prison also to chimpanzees. 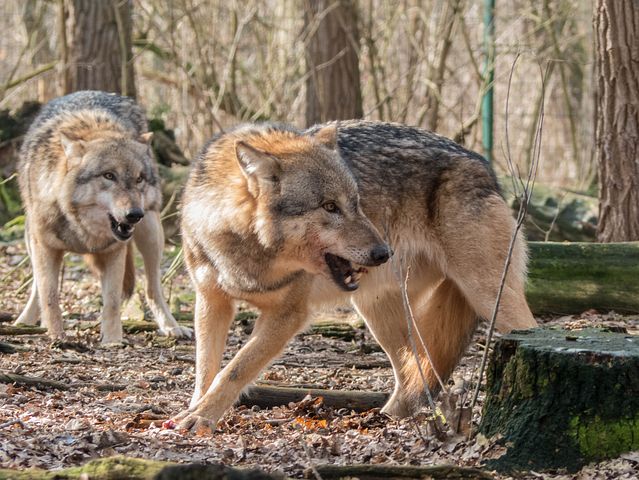 What is true is that wolves in the wild do have a hierarchy. However, hierarchy does not equal dominance, and dominance does not equal aggression. The hierarchies of wild wolf packs are usually established through breeding, not through violence. At the top of the hierarchy of a wild wolf pack will be the “breeding pair”, and the lower rungs of that hierarchy will consist mainly of their offspring. This is similar to a human family unit; the parents rule the roost. Yes, disagreements will occur within wolf packs just as they do within human families, but testing boundaries in order to learn and understand boundaries is a part of human and animal nature – every disagreement, and every boundary test, should not be assumed to be an attempt at a coup.

The whole point of a natural hierarchy in wild wolf packs is to create stability within the group, thereby reducing the need for any violent encounters, not to incite such encounters as the old-fashioned theory of dominance would have us believe. When all members of a pack know their position and their role in the pack, fights for valuable resources, such as food or desired resting spots, are less likely to occur because it’s clear to everyone who has first dibs and the last word. Humans create hierarchies for similar reasons; in work settings, for example, we create hierarchies in order to create efficiencies – all team members know their role and the manager helps guide the team and solve issues. Hierarchies established through mutual understanding are more often a positive than a negative.

In addition to this though the role of the breeding male, often referred to as the “alpha male”, has been misunderstood in the old-fashioned theory of dominance in dogs. That theory assumes that wolves regularly compete for the top spot in the pack and that once that role has been claimed resources are rarely shared with others. However, the real role of the breeding male is to lead the pack but also to keep the pack safe and fed. This role requires more than just a selfish “it’s my way or the highway” attitude – it also requires sacrifice for others and maintaining peace and calm among the pack so that energy can be more wisely spent on ensuring survival instead of bickering. 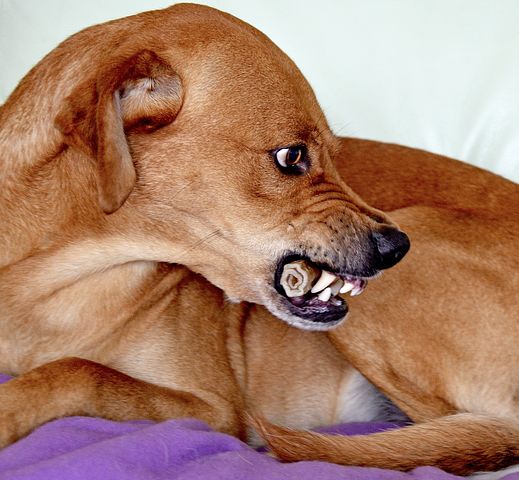 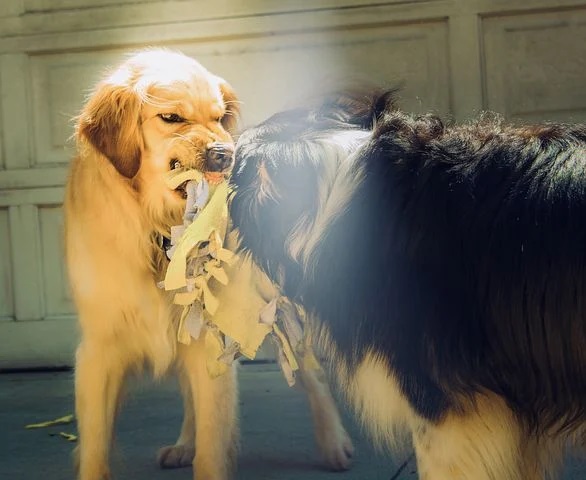 None of this is to say that our pet dogs never display any “dominance”, because they do, but the point is that dominance is not what we have typically thought it was or been taught to think of it as. Dominance in dogs is not dominance over each other, but dominance over resources. Dogs will display distance increasing signals when wanting to gain access to or keep ownership of valuable resources, such as food, treats, or particularly comfy resting places.

Dogs who have ever growled when their food bowl was moved mid-meal, showed their teeth when someone tried to usher them off the sofa mid-snooze, or snapped when a delicious bone or other snack in their possession was threatened were not trying to gain higher status over a human or another dog, but instead are simply hoping to keep possession of whatever resource it is that they are guarding: food, resting place, snack, or something else.

In much the same way, dogs who have ever walked through a doorway first, or walked in front of their owners on a walk were simply eager to sniff and explore, not to impose higher status over their owners. Dogs are dogs, they are not wolves, and they are not humans; if treated well and fairly by their owners and well socialised and trained, they have absolutely no need to try and assert dominance over resources. But should a dog growl, snarl, show teeth, or snap in protection of a valuable resource, which even very well trained and socialised dogs may do at one time or another, don’t be too hasty to think of them as aggressive or “dominant” by nature. Instead, remember that this is just another instinctive, natural reaction designed to ensure survival. And remember that dog ownership should not be about the human being in charge all the time either – first and foremost you should aim to find a balance of mutual respect and trust. 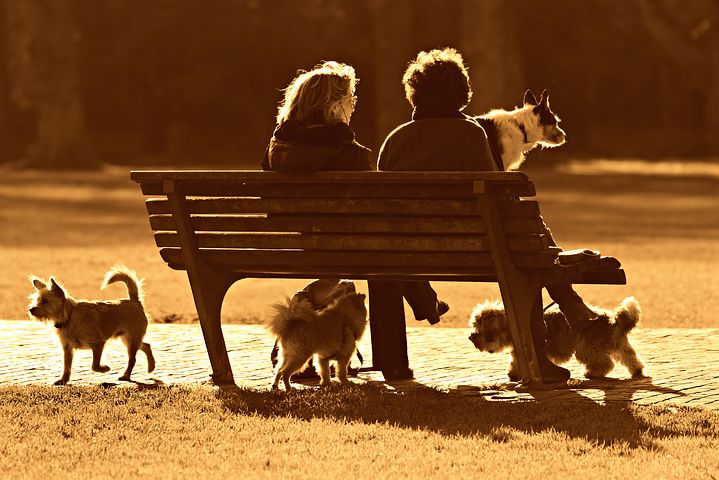